skip to main | skip to sidebar

Dawkins has long been a lightening rod for arguments in relation to atheism and religious belief - but in our crazy modern LOLCat bible world there is only one way to truly assess someone's worth. So I ask the ultimate Web 3.0 question, how does stack up on Facebook?

Well, there are 29 '' listed on Facebook with 9 profiles with pictures of the man himself. However it is highly likely these are all fakes. The website already has its own social network. Why join another social network when you have your own?

There are 158 groups expressing a broad range of views but most support Dawkins and his work. Many of these groups likely have overlapping membership so I'll only list a representative sample. 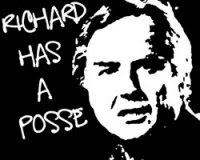 But there are a minority of haters. 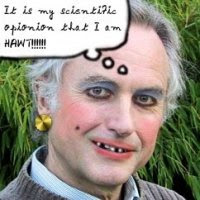 Some groups are harder to classify: 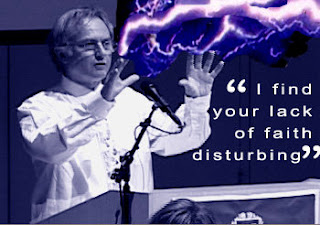 So in summary, despite the haters, Dawkins seems to be doing pretty well.

PS. If you're so inclined please support the OUT Campaign by listing yourself as an atheist whenever you fill out your personal details (for example on Facebook). It's well past time atheists stood up to be counted.

I am regular visitor of this website[url=http://www.weightrapidloss.com/lose-10-pounds-in-2-weeks-quick-weight-loss-tips].[/url]moneyforjam.blogspot.com really contains lot of useful information. Do you pay attention towards your health?. Let me show you one truth. Recent Research shows that closely 50% of all United States grownups are either chubby or weighty[url=http://www.weightrapidloss.com/lose-10-pounds-in-2-weeks-quick-weight-loss-tips].[/url] Hence if you're one of these citizens, you're not alone. Its true that we all can't be like Brad Pitt, Angelina Jolie, Megan Fox, and have sexy and perfect six pack abs. Now the question is how you are planning to have quick weight loss? You can easily lose with with little effort. You need to improve some of you daily habbits to achive weight loss in short span of time.

Thank you very much

This is an awesome post. Nice ideas shared here.

Interesting layout on your blog. I really enjoyed reading it and also I will be back to read more in the future.